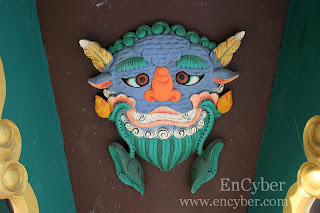 Dokkebi is different from Normal Ghost.
Dokkebi was not formed after a man died.
I heard that this monster was born by object that people are used as a tool of daily life.
In other words,  Old broom,straw shoes,furniture  and etc are turned into Dokkebi at night.
Drizzling rain or drab day and at dusk, Dokkebi wander in the form of fire,
then, many Dokkebi gather together and dance,sing a song.
but this dance and song is terrible, so if you see this action, you must cover eyes and close ears.
Dokkebi is playful. He was deceptive or mocking people.
But If you become familiar with Dokkebi, you can receive treasure.
Dokkebi's properties was dark, So He live in cave or old tree.

There are many different tale about Dokkebi.
for example, Dokkebi has the strength of Hercules, so he put a cow on the roof of a house
or carry dog dung on rice paddy and etc.
Seeing this, Dokkebi is simple. 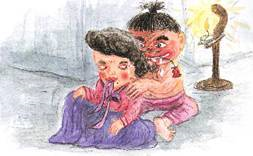 incidentally, Dokkebi like widow. so he visit widow and live together.
and here is one folktale.
<<widow story>>
once upon a time, a widow lived.
she make love with a certain men.
the men gives money to widow.
but gradually she lose much weight.
someday, a neighbor grandmother inquire of the whole story.
she told her story.
grandmother say "It's Dokkebi! if the men visit you today, ask what him fear."
That night, she ask what him fear, and he answered, "I'm afraid of horse head and horse blood
, are you afraid of what?" "I'm afraid of money." 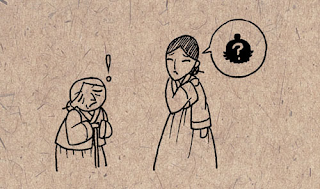 Next day, widow buy a horse and hang up horse head and sprinkle blood.

Dokkebi run away.
and irritated Dokkebi throw much money her house. 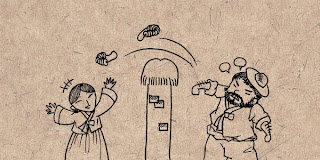 After a few days,  Dokkebi   realized that he was deceived.
so, he scattered gravel on her rice paddy.
she said aloud, "this year, farming will good. if dog dung was scattered my rice paddy,
my farming will not good."
Dokkebi heard this and he scatter dung on her rice paddy.
Widow's laugh is nonstop.
Dokkebi realized that she deceived him again.
irritated Dokkebi shouted the whole village, "Hey people,Do not believe woman said!" 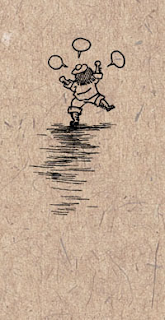 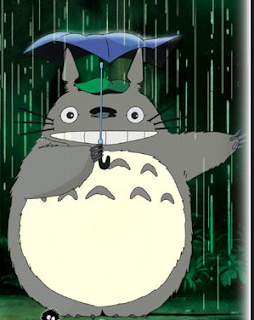 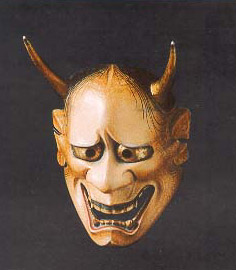 Typical Korea Dokkebi's appearance is as follows: resemble human,
impression tougher,disheveled hair,
a heavy beard and hairy,
herculean strength,stupid
like grain wine,
like rice cake coated with mashed red-beans
like alcohol and meat.
like human.
"Korea Dokkebi is like a farmhand.
body is big, and hairy.
smell odor from body
Dokkebi is different from Ghost.
Ghost is evil shape, and scorn human.
but Dokkebi is not.
act like a human, connect human relationship.
Dokkebi has humane qualities." 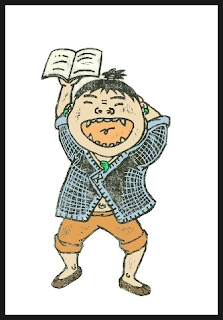 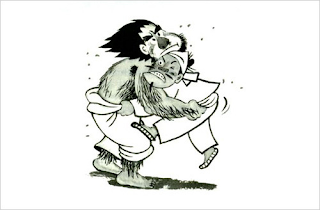 because,Dokkebi's ridicule capture you.
thus, we cannot refusal.
During ssireum with Dokkebi, we can't remember reality,
so before we knows, the day passed.
we are exhasuted, and fall in a faint.
To win this ssireum with Dokkebi, we throw down real leg.
because, one leg is fake leg.
but, actually only a wise man can.
playful Dokkebi has nature that want stay with people.
So, Korea's Dokkebi in a folktale is not wicked Monster.